My kids have been in the "tooth fairy is not real" camp for some time.  Not surprising since they are 11 and 8.

Then my daughter's been really interested in reading about fairies.  She's been borrowing 20 books at a time from the library at a time and finishing them fast. Since her tooth fell out, she decided to put all three teeth together under her pillow for the tooth fairy.

The next morning, she told me she didn't see any money.

"No, Brianne the Tooth Fairy got the magic back, it says right here in this book."

Just in time, my husband came downstairs.  I told him, "Honey, the tooth fairy has been delinquent."

"Okay kids." My husband said dramatically.  "It's time you guys know THE TRUTH. There's NO TOOTH FAIRY.  It's just us."

Wow, I wasn't sure how the kids would handle this.  Well, they grinned and said, they've been thinking that all along, even my daughter who had talked about Brianne the tooth fairy a few minutes before.  :)

"So how much is it for one tooth?" I decided it's a great opportunity to talk to my daughter about math.

"But  what do you do with the extra one?"

"Oh nice, you realize there's an extra penny left?  So it's almost what for each tooth?"

"$3 dollars and 33 pennies. But what do we do with the extra one?"  I was impressed with my daughter's persistence.

"Remember you colored pies before for fraction?  Like one piece of a pie that's cut into 3 pieces?" 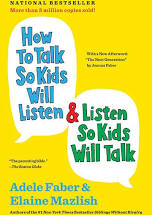